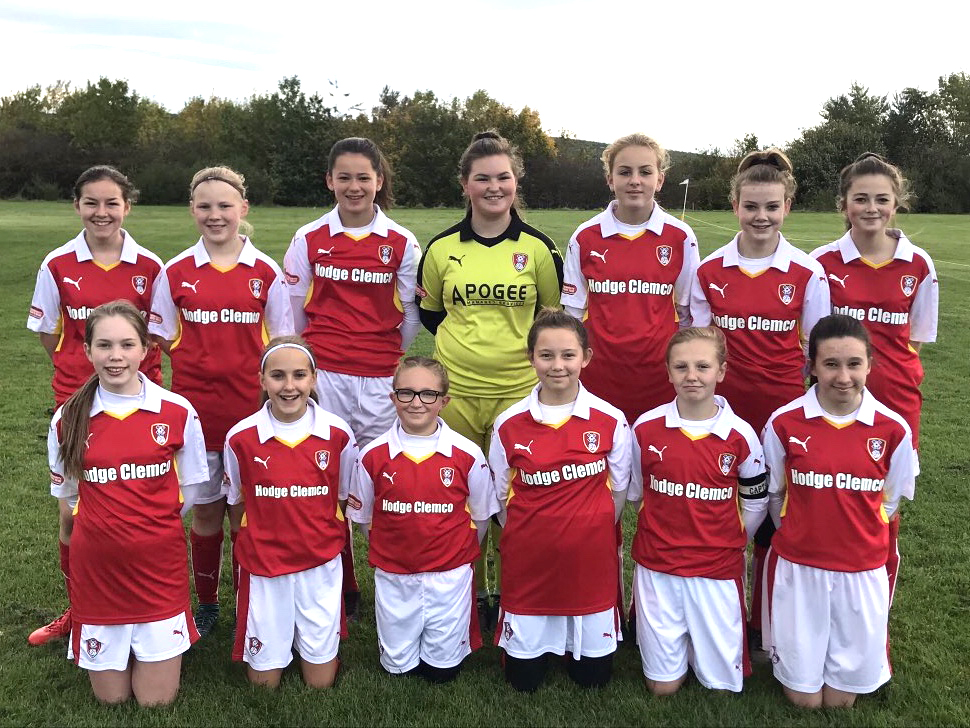 What a season it has been for the U14 girls from Rotherham Utd Whitehill Girls.

The Team started off with four new players joining at the start of the season and the team transitioning from 9v9 to 11v11 giving the team plenty of challenges to look forward to.

However the first half of the season could not have gone any better, 9 played games, 9 wins. Since then 4 wins out of 5 in the league meant a win against Crosspool at Phoenix on a wet Tuesday night would mean league champions.

The girls were superb in the first half and lead 3-0 early in the second half with 2 goals from Eva Butler and a third from Lucie Tinker, those 2 girls combining for 39 goals this season.  A spirited fight back from Crosspool meant a nervous last few minutes but the girls held on to win 3-2 and could finally celebrate being Division 2 champions.

“What makes this team so special? An unbreakable team spirit, incredible work ethic and commitment, the most supportive group of parents a coach could ask for. And a desire to learn and improve every time they play or train.

Much of what the girls have achieved could not happen without the tremendous support of Brinsworth Whitehill Football Club and Rotherham United Community Trust.